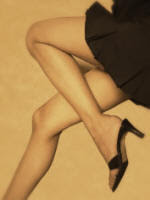 Did you always want to become a writer?

In between wanting to be a famous actress, a singer in an all-girl band (blame the Go-Gos), a veterinarian (until I found out how many years of school I would have to do... yuck), a zookeeper ... well, you get the idea. But, yeah, even during the years I sang in the choir or acted on stage in school, I was writing.

Do you have a “day” job as well writing?

I’m an accountant, a taxi driver, a chef, a maid, a teacher, a dog trainer, a landscape designer, a laundress, and a lover. In other words, I’m a stay-at-home mom.

How did you celebrate your first release? What was it like to see your very first cover art?

Most authors are also avid readers. Is this the case with you? If so, who are some of your favorites? Have any influenced your writing?

I’m absolutely an avid reader, but also eclectic. You’ll find many genres on my keeper shelf, with authors ranging from Louis L’Amour and Zane Grey, to Mercedes Lackey and Anne McCaffrey, to Nora Roberts and Jennifer Crusie. There are several faves from my younger years, too, that I still love to read: Black Beauty, A Wrinkle In Time, Nancy Drew. If it’s a good story, I’ll give it a try. But I admit to being a sucker for a good love story.

From the moment you conceive an idea for a story, to the published book, how long does it take?

That absolutely depends. I have three novels sitting on my hard drive, that are first draft finished, but not edited. One has been there since 1999, the others from 2001 and 2005. I have a dozen short stories that are started.

On the other hand, “Shut Up & Kiss Me” had a first draft written in 48 hours, was edited the next week, and submitted a few days later. So – in two weeks, I had it done and polished. After it was contracted, the edits took another six months or so, and my release date is almost exactly 1 Year after I wrote the first draft.

Do you see writing as a career?

Yes and no. I’m an odd mix of dreamer and practical person. So, I can envision writing as a full-time career, but I’m not holding my breath. I firmly believe in hoping for the best, but preparing for the worse.

Do you write better with deadlines and have you ever suffered a writer’s block?

Writer’s block? Yes and no. I’ve participated in and “won” NaNoWriMo more than once. Writer’s block isn’t allowed in NaNo. You just ... do it. The times I can’t write, it’s because I don’t have the incentive to do it. As I stated, above, pressure and deadlines are my friend. I’m hugely competitive and don’t like to lose, so when I really need to push through something that I’m struggling with, I usually challenge another author to a dare. Then I HAVE to get through it, or I lose. I hate to lose.

For writing? It’s very much willy-nilly. I have a full plate outside of writing, so it’s a matter of making time, even if it’s in fifteen minute blocks. I turn into an idiot at night, though, so I do my best work in the mornings.

Would you like to give another genre a try?

Do you listen to music while you are writing and if so what music is it?

I love music, but I can’t listen to anything when I write. Not music, not TV, not my kidlet babbling in the background. I’m not even fond of car noise, or lawnmowers. If I had a million bucks to spare, I might invest in a soundproof room.

Big congrats to your latest release, can you please tell us something about the boo

“Shut Up & Kiss Me” is about two people who were antagonists since high school, but have always fought an underlying attraction. The story start when, despite their best efforts, they end up alone together one night and have to face those latent desires.

Are you working on anything right now, and can you give us a little teaser?

Where can readers find you?

Tell us five random things about yourself.

I have no fear of creepy crawlies. Spiders? Cute. Snakes? Warm and soft critters. Mice and rats? Adorable. Yeah – I’m not really a girly-girl. In fact, my DH is the one who hates them, not me.
I love reality TV – but not those “Survivor” or “Dancing With The Stars” type. I’ll take Ax Men and Deadliest Catch and Pawn Stars over mainstream TV any day.
I can’t sleep without covers. It doesn’t matter if it’s 100 degrees in the house – I have to have SOMETHING over me.
I can do math problems in my head, and firmly believe that anything can be figured out with a little algebra. My mom taught me all kinds of nifty math tricks, and I use them all the time.
Repetitive noise drives me absolutely batty. Forget bamboo shoots under the fingernails. If you want me to spill all my secrets, just tap-tap-tap on the table with your finger for a few minutes.

I have to admit to not being an adventurous eater, so this probably isn’t all that crazy. Once, way back in high school, though, a bunch of us went to a fine dining restaurant for New Years Eve and we ordered escargot. I found it unremarkable – a little like eating garlic flavored rubber bands dipped in butter.

Summer. Without question. I hate being cold. If I could live right smack dab on the equator, I would.

Mushrooms. Or... olives. Maybe onions? Okay, any veggie would be okay with me. But never fruit. Fruit is NOT meant to be served warm with cheese. Ever.

CD in your car?

Kasey Davenport and Cole Roberts—adversaries since junior high when Cole did nothing but pull her hair, snap her bra strap, and tease her mercilessly—find themselves unexpectedly thrown together when Kasey is in town on a layover. As always, sparks fly between them, but this time the attraction simmering close to the surface explodes into a passion neither of them expected or wanted. After years of mutual avoidance and denying their attraction, can Kasey and Cole stop arguing long enough to discover if what they feel will last more than just one night?
Mysti, it was a pleasure having you here today. I have to say EWWW to the creepy crawlies. I can kill spiders, but don't find them cute! :)