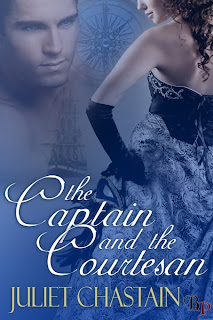 How did you start your writing career?


Back in sixth grade, inspired by a wall calendar with photographs of kittens (one of my most treasured possessions) I wrote a sad story about a couple of kittens. This tragic tale made me cry and and got me an “A” from my teacher.

Along the way, I switched focus, so to speak, and became a photographer. And here I am again after fifteen years of photographing fashion, writing again. This time my stories have lots of steamy romance and happy endings. No kittens no sad tears.

The Captain and the Courtesan, a short Regency period romance is my first release. It came out just a few days ago. It's about a woman who has become penniless and will have to work as a courtesan and really nice (and handsome and sexy) sea captain who falls in love with her, but he finds there is no honorable way to so.

Coming up in February is Cry of The Wolf. In this short story, a hunk of a man who is also a wolf, keeps his passionate love a secret, certain that the woman he adores could never love a man who was also a wolf.

He’s the alpha wolf, big, powerful, and dangerous, yet he is also a man named Michael. She’s Laura, a shy human farmer. He’s passionately in love with her. She doesn’t know he exists until he catapults into her life, and she is overwhelmed with desire for him.

The heat between them rises although Michael, fearing she would be repulsed by his dual nature, says nothing of his passionate feeling for her, and Laura is too shy to reveal her ardent craving for him. Unless they summon the courage to open their hearts to one another, they will lose each other forever.
Who is your favorite author?


When was your first sale?

Three months ago I received my first two acceptances on the same day. I whooped and jumped up and down and was on cloud nine all day

I try to write something new in the morning and revise and do other writing tasks later in the day. I don't always succeed, alas.

It's all hard except once in a while something happens and a bit of a story just writes itself and that is wonderful.

Does your significant other read your stuff?

Sometimes. He likes the sex scenes.

Do you have critique partners or beta readers?

I don't right now, but I would like to.


What do you do to unwind and relax?

I do yoga and weather permitting, I swim outdoors. And, of course, I read.

Against his conscience, Captain Edward Howland buys a night with the enchanting and mysterious masked courtesan, Lady Amelia Kentley, and their evening together becomes far more than either expected.
As her first night as a courtesan approaches, the mysterious masked noblewoman is the talk of London. Impoverished Lady Amelia Kentley, wearing a mask to hide her identity, is resigned to her fate—working in a brothel to support her child and herself. When she meets the kindly and passionate Captain Edward Howland, she is shocked at the powerful attraction she feels for him. She hopes that he will be her first paying lover. Dare she dream of more, of running away from her degrading situation with him?

Edward disdains paid-for sex, but he is so enchanted with the masked Lady Amelia that he cannot resist the chance to claim a night's pleasure with her before he sets sail in the morning. They share hours of overwhelming passion, and a deep affection develops between them. By daybreak, Edward is determined to find a way to rescue her from her fate as a courtesan, but he finds there is no honorable way to so.
Posted by Unknown at 1:21 AM

Labels: Juliet Chastain, The Captain and the Courtesan