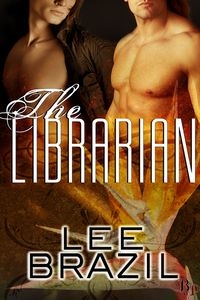 
The Librarian is a story about two imperfect men, one is somewhat self-centered, and the other has been called manipulative. Though neither is perfect, they are perfect for each other.

Who is your favorite author?

One of my favorite author's is John Steinbeck. His East of Eden is a powerful drama about family dynamics that explores the nature of good and evil, the parable of Cain and Abel.

When was your first sale?

I think I "sold" Keeping House to Breathless Press last December or January.

I am a morning person. I usually write in then, but have been known to be inspired in the afternoon and evening as well. I attribute this in part to the fact that my characters live in my head, and when I go to bed at night, they whisper in my ear. So I wake up with veritable chapters itching to get on the page.

Does your significant other read your stuff?

Alas, my significant other is kind of my opposite. He's not interested in romance; his reading material of choice is related to mathematics, history, and chess. If I ask for his opinion, he'll read and give it, but since he's not familiar with the genre, his reaction is frequently not helpful.


Do you have critique partners or beta readers?

I have a very wonderful beta reader who reads all of my work, and a few other friends who are kind enough to help out on occasion.


Who are your books published with?

My books are published with Breathless Press. They're a terrific e-publisher with excellent editors and awesome cover art.

Do you listen to music while writing? If so what?

I have a variety of play lists, defined by mood and era, or genre. Most frequently I listen to David Bowie, Tom Petty, Rush, and Steve Miller.


What book are you reading now?

Right now, I'm reading Holed Up by Hank Edwards. " FBI Special Agent Aaron Pearce, tall, muscular, a lone wolf with an attitude, is assigned to protect Mark Beecher, a witness to the plans for a terrorist attack. The discovery of an unknown informant within the FBI's ranks, however, forces the two men to hole up in a loft apartment with only one another for company." It's a sexy, action filled suspense.


What do you do to unwind and relax?

To unwind and relax I walk. We live out in the country and there is always something to see and marvel at. A glass of wine and a sunset are the perfect way to unwind after a long day.

Valentine Michaels has just taken a vow of celibacy. Adrian Grey intends to take full advantage of that vow to re-create his relationship with Val.

Val is at a crossroads in his life. A college dropout, he's gone as far as he can in his career as a cosmetologist, owning his own style salon. He no longer finds satisfaction in it, though he's put years into proving to his bigoted parents that a college degree and the veneer of straightness aren't the only roads to success. They'd turned their backs on him, and he proved he didn't need them to make it.

His love life is no better than his working life. His relationships always start with a bang and fizzle into boredom, or worse, anger.

Adrian has his own agenda for helping Val: he's been in love with Val since they were freshmen. The intervening years of listening to Val's gossip about his lovers and relationships have taught Adrian just what it was he did wrong all those years ago, and he thinks this time around he now knows exactly how to get—and keep—his man.

http://www.breathlesspress.com/librarian
Posted by Unknown at 3:58 AM