Tessie Bradford Has a New Release!

Thanks for having me here today, Amber!

Fulfilling Bess is available now at  http://www.resplendencepublishing.com/m8/736-978-1-60735-858-9--fulfilling-bess-erotic-gems-short-by-tessie-bradford.html and coming soon to ARe, Amazon and other third party retailers! 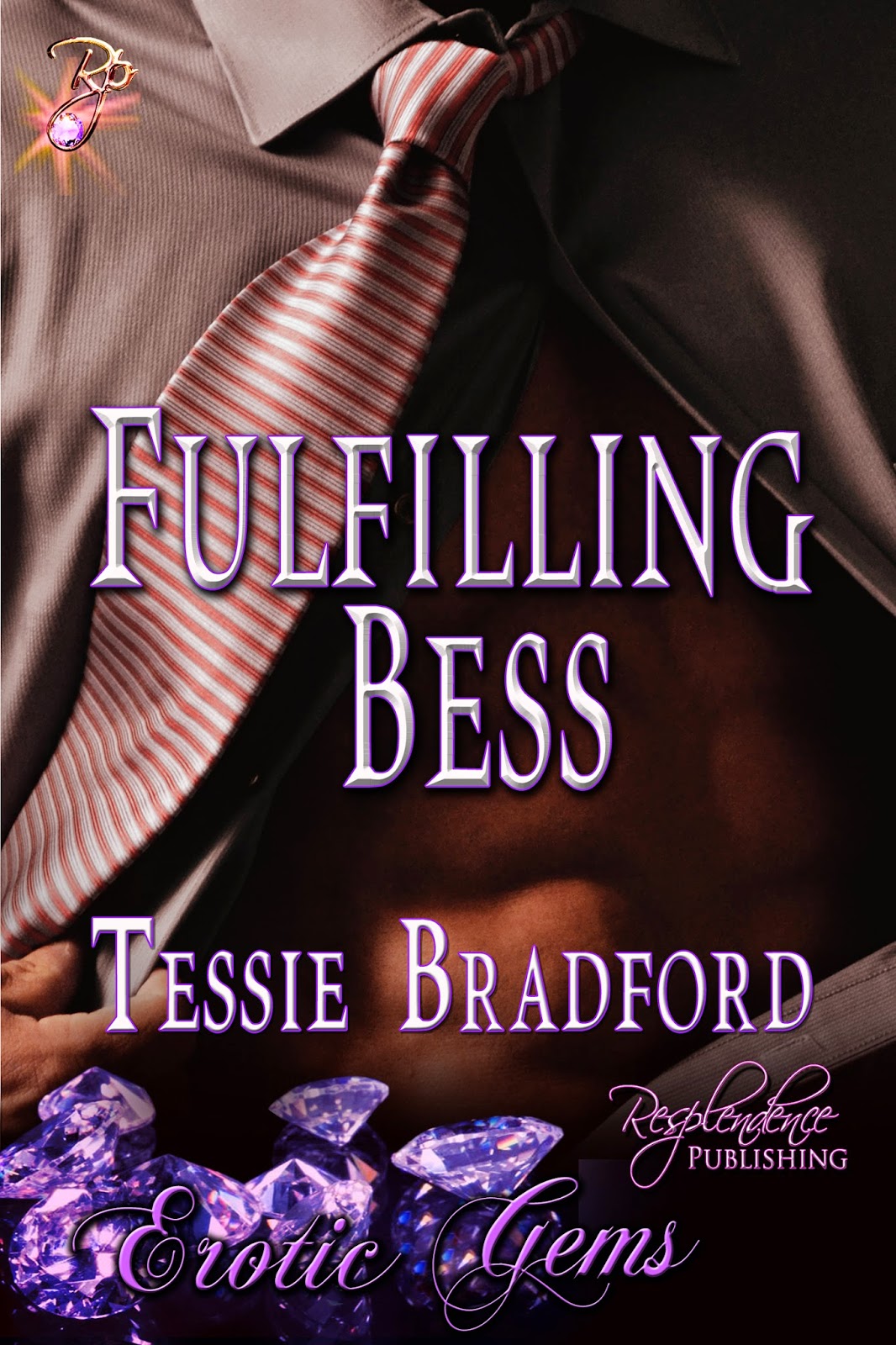 Bess Wilks assumes she is about to be sitting through another monotonous office meeting. Oh well, these gatherings do provide perfect opportunities to test out new recipes for her catering business on her willing coworkers. When Darrin Larabey walks into the conference room, Bess is eternally grateful that the treat table is close enough to use for support. Despite the passing of nine years since they’ve seen each other, her body instantly heats to boiling and all manner of decadent thoughts keep her from concentrating on the business at hand.

About Tessie Bradford
Tessie Bradford is a bestselling author of erotic romances which focus on journeys of sexual discovery. She loves creating strong independent women who, with the guidance and love of an alpha hero (or two or three), realize and embrace their submissive side. Bringing to life on the printed page the stories that are constantly swirling through her mind is a passion, a necessity, and truly a dream come true.
Tessie is a wife, mother and grandmother whose hobbies include developing new culinary delights for her family, reading a good book and travelling. Her adopted dog children provide constant entertainment, much joy and truth be told, are kind of in charge of the household!