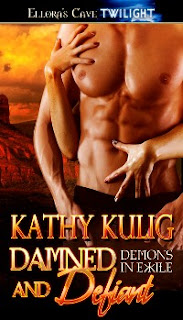 Blurb: Dante’s dimension is on the edge of destruction, he seeks the help of a special mortal woman, Haley Moore. Fierce, undeniable passion between them unravels his plans and threatens Haley’s life. To save her, he must resist temptation, abandon her and leave earth forever. The sacrifices and risks are great, but what if there’s one last chance at love?