Time For Eternity by Susan Squires 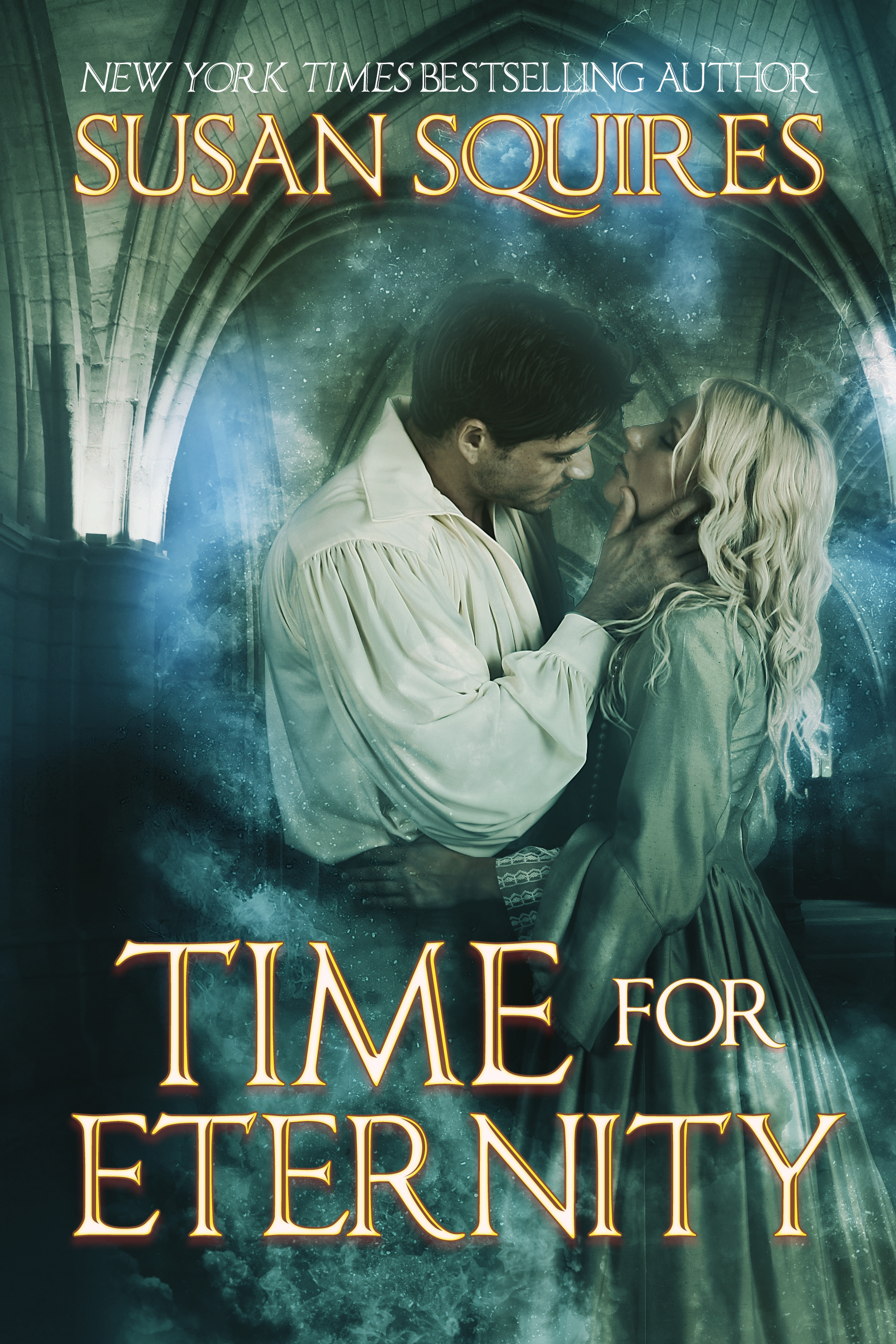 
Once, Frankie Suchet loved Henri Foucault—and it cost her everything. For two centuries, she has cursed the French duke who gave her his blood and then disappeared forever. Today, this sexy vampire is a bartender living in San Francisco. And Frankie has been granted the chance to go back in time…to kill the man who made her what she is. But becoming “Françoise” again means losing all memory of the risk Henri poses to her future…and her heart.


France, 1794. The Reign of Terror is in full swing. From the first, Henri is an enigma, saving Françoise from an angry Parisian mob. Drawn to his seductive vitality, Françoise discovers there is much more to him than she once knew. Henri’s devotion to rescuing innocents from the guillotine is his sole passion—until he encounters Françoise’s intoxicating blend of innocence and experience. And as their attraction explodes into dangerous desire, the only way to save each other may be to sacrifice their timeless love…


She drifted closer to the edge of the crowd, drawn by him. She must harden her heart to match his, and commit a sin in the eyes of God and man. He would lose a few months of living. She would live again.

“What have we here?” he murmured. She heard him clearly with the vampire hearing he had bequeathed her. The curve of his lip was all insouciant condescension. He strolled forward, surveying the mob.

“Monsieur, surely you will help us!”

Frankie turned at the sound of her own voice. She gasped. There she stood, the she who had been, Françoise Suchet, not Frankie, her face a mask of innocence in distress, a gendarme holding each elbow. It was a face Frankie still saw in the mirror each day, streaked with soot her blond hair glowed copper in the red light of the flames licking out the windows above her. Frankie knew intellectually she hadn’t changed with all the years, but to know this face was not a mirror image but one that lived two hundred years ago shook her sanity.

Françoise strained toward Henri in supplication. Foolish girl. The last thing she needed was Henri Foucault. That way lay vampirism.

Then the young Françoise stilled. Her head turned slowly. Her eyes locked with Frankie’s and widened.

Frankie couldn’t get her breath. Françoise seemed to grow nearer, even as the crowd behind her receded. Frankie dropped her bag, gasping, and bent over, grabbing her belly against the pain there. This was bad. Really bad. She should never have met herself. She felt like she was breaking up. A shriek escaped her. All thoes time travel books were right, she thought.

And then she was hurtling toward Françoise. She felt herself disintegrating into a mist. Then nothing.

Susan Squires is a New York Times bestselling author known for breaking the rules of romance writing. Whatever her time period, or subject, some element of the paranormal always creeps in. She has won multiple contests for published novels and reviewer's choice awards. Publisher's Weekly named Body Electric one of the year’s most influential mass market books and One with the Shadows a Best book of the Year. Time for Eternity, the first in the DaVinci time travel series, received a starred review from Publisher's Weekly.

Susan has a Masters in English literature from UCLA and once toiled as an executive for a Fortune 500 company. Now she lives at the beach in Southern California with her husband, Harry, a writer of supernatural thrillers, and two very active Belgian Sheepdogs, who like to help her write by putting their chins on the keyboarddddddddddddddddddddddd.


This Event Was Organized & Hosted By: