Thanks so much for having me here today, Amber. I’m excited to share a little bit of my new release, Pleasuring Anne!
It is available now at www.resplendencepublishing.com www.allromanceebooks.com and available soon at www.amazon.com 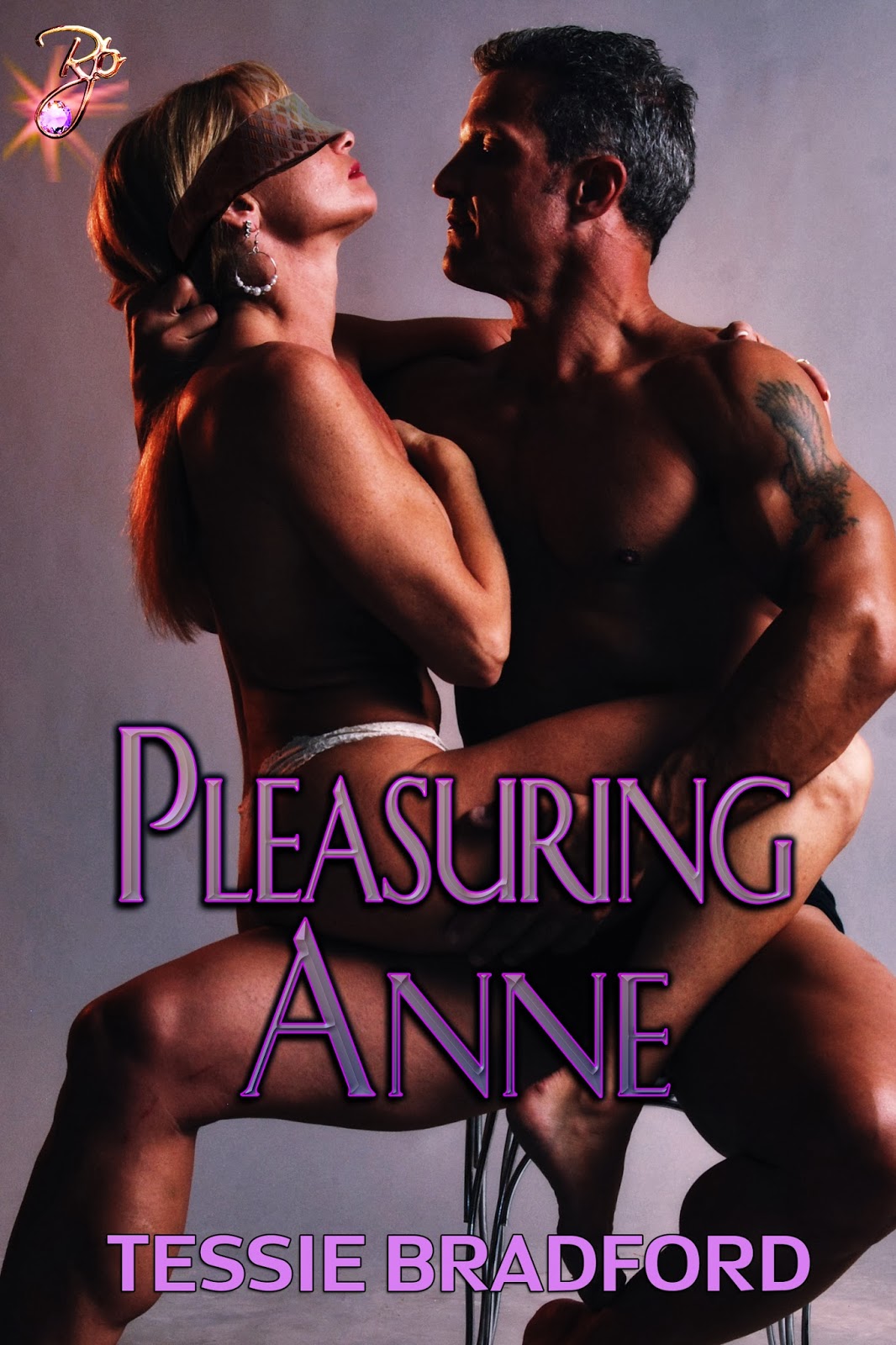 Blurb:
Anne hasn’t enjoyed the company of a man in three long years and she’s over it. Fantasies and fiction are wonderful, but you can’t snuggle up with them in bed. Getting back into the dating scene after a lengthy hiatus is nerve wracking, and choosing a sleazebag the first time out of the gate is more than a little embarrassing. When two cops show up wanting her to help them nail the wanted felon, she can’t stop herself from bursting into peals of laughter. The irony is just too delicious. Standing on her front porch is her vision of male perfection; Detective Garth Slaiter.
Garth is always in control of his emotions, but kissing the gorgeous and quirky Ms. Karmer the moment they’re alone together just feels like the right thing to do. When she eagerly returns his attentions, Garth will settle for nothing less than completely pleasuring Anne.
Pleasuring Anne
Excerpt: Copyright: Tessie Bradford, 2014
“Victoria DeMallen, a strong, feminine name. I like it.”
“Thanks. Coming up with it was almost harder than writing my first book.”
“Which one would you like me to start with?”
“Pardon me?”
Her cheeks took on a most glorious shade of pink, sending him straight to horny heaven. “Connie’s Cops seems a natural choice, but I certainly defer to you, the author, to make a recommendation.”
“I don’t picture you as a ‘reading romance books’ type of guy.”
“What do you picture me doing instead, Anne?”
She ran the tip of her tongue across her lower lip and appeared to be seriously considering her answer. “May I exercise my right to remain silent?”
“Sure. Let me help you out with that.”
Garth cradled the back of her head and lowered his mouth to hers. He started out slowly, tasting and teasing until she lightly rested her palms on his hips and let out the cutest little sigh he’d ever heard. He tightened his fingers in her hair and her lips parted. Their tongues met and the kiss morphed from wonderful to mind-blowing in an instant. Anne wrapped her arms around his waist, pressing her incredible tits into his chest. Garth used his free hand to grasp her ass cheek. She whimpered and dug her fingernails into his back. They devoured each other until they were both gasping for air.
He shifted his stance to make certain she got a clear picture of how hot and hard he was for her. She dropped her head onto his shoulder and snuggled into him. Garth could feel the frantic pounding of her heart.
“I’m on tonight and tomorrow until ten then off for three days. What’s your schedule this week looking like, sweetheart?”
She lifted her head and stared at him wide-eyed.
Garth gently brushed his fingers along her cheek. “When was the last time you made out with a perfect stranger?”
“Never.” Anne breathed the word at barely above a whisper.
“Me either.” He recognized relief in her eyes at his admission. “Seems as if the prudent thing for us to do would be to spend some quality time together, don’t you think?” He kissed her lightly on the chin.
“Well, I pretty much set my own hours. What do you have in mind?”
Her cautious response was in direct odds to her making no attempt to extricate herself from his embrace. “Hum, waiting to commit until you see if my offer is worthy; very crafty of you.” He hesitated for a few seconds despite knowing instantly what he planned to suggest. “Going to the movies or to dinner are out, way too conventional. How do you feel about a little friendly competition in a casual and playful setting?”
“Go on,” she encouraged, interest obvious in her expression.
“Miniature golfing.”

Have a great day, everyone!
Tessie


www.tessiebradford.com
Posted by Unknown at 3:00 AM