Did you always want to become a writer?
Yes and no. I feel now like it was something I was always meant to do, but I started out with a more practical approach to things. I did a business degree and focused on climbing the corporate ladder. Along the way I wouldn’t have said I wanted to be a writer. I guess you could say I finally found what I want to be when I grow up!

Do you have a “day” job as well writing?
Not any more! I used to be in IT of all things. It seems a long way from writing romance now.

How did you celebrate your first release? What was it like to see your very first cover art?
Well, I’m not sure I could disclose THAT on a blog! Let’s just say my husband made me a fabulous meal, served it with a wonderful chilled white wine and leave the rest up to the imagination!

I still have trouble describing what it was like to see that cover for the first time. It wasn’t the cover so much (although that chest is HOT), but actually seeing my name on a book. It still seems a bit surreal.

Most authors are also avid readers. Is this the case with you? If so, who are some of your favorites? Have any influenced your writing?
I have always read a great deal, especially when I was working the day job and travelling. I needed something for an escape, even if it was a quick ten minute read before collapsing in bed at night! I’ve also always read across all the genres of romance and really like them all. Like a lot of other people, I’ve gravitated towards paranormal of late. Sherrilyn Kenyon, Christine Feehan, Gena Showalter, Nalini Singh, Christine Warren, J.R. Ward... I could probably go on. One thing I have noticed is that now that I write, I read less. I have less time, but I’ve become much more picky when it comes to what I’ll read.

From the moment you conceive an idea for a story, to the published book, how long does it take?
That really depends. When I start a book, it’s usually based on an idea or outline I’ve developed before. Sometimes it could be months before! The actual writing part doesn’t take that long if everything is flowing well. I wrote the first draft of Picture This in seven days, for example. It’s the fiddling I do that usually takes the time and IT takes as long as it takes LOL! The time from submission to publication is a little out of my control, but for Picture This, I submitted it initially (via the slush pile!) at the end of January and it was out at the end of June. Probably not bad for a first time author.

Do you see writing as a career?
Absolutely! While writing is something that comes from the heart and soul, I look on it as a job and that I’m building a career. I had a very successful first career. Writing is my career 2 of 2!

Do you write better with deadlines and have you ever suffered a writer’s block?
I love working to deadlines. I probably work and write better under pressure. I have a tendency to want to hang onto my stories, visit with the characters and generally tweak it to death before I’m ready to hand it off. A deadline MAKES me finish it and ensures I get it back out there. I have never suffered writers block. I don’t write in sequence, so if one part’s not working, I just jump to another section of the book. I can always be productive that way. I can’t stand to be ‘stuck’.

What is your work schedule like?
I work pretty much a full work day M-F. I’ve always been a work at night person as well, so I’m usually at my computer late into the evening. I usually do more admin type things first thing in the morning and then will try and get a block of writing time in. I also write on the weekends, but that schedule revolves around family time.

Would you like to give another genre a try?
Absolutely. I love paranormal and science fiction. I have so many ideas I’m bursting when it comes to the paranormal side of things. I’ve actually outlined a couple of series. No vampires or shifters, though! I’ve two ideas that are totally different. I’d love to get into those by the end of the year.

Do you listen to music while you are writing and if so what music is it?
LOL No! I see so many authors talk about listing to music while they write, even creating playlists for their books and characters, but I need more quiet than that. If I had music playing I’d be following along with the lyrics and probably couldn’t focus. I don’t need complete quiet. I can tune out ‘busy’ noise, probably everything EXCEPT music!

Big congrats to your latest release, can you please tell us something about the book?
Thanks Amber! Picture This is about a mega-alpha male (Sam Steele) who’s crude, rude and rough around the edges. He’s also arrogant, demanding and too used to getting what he wants, especially when it comes to women. That all changes when he meets Jillian, of course, and he melts for the one woman he’d never be able to forget. On another level, it’s about those things we do through life, and how they can come back around later on, in ways we least expect.

Are you working on anything right now, and can you give us a little teaser?
Am I!? I’m always working on something or other. Or three. My biggest problem is keeping the ideas and the WIPs under some sort of control. I’m currently finishing up a novella this week. It’s a friends to lovers story and my hero? He’s a fire fighter. Sigh... I also have another story I’ll finish in the next month. That one is really hot, if I do say so myself. I regularly fan myself when I work on that one. And after that? Well, I have scores of outlines and ideas to choose from.

Where can readers find you?
I have a blog I keep current (http://kailyhart.blogspot.com/) and I’ve recently gotten onto Facebook (http://www.facebook.com/kaily.hart) and Twitter (https://twitter.com/kailyhart). I also have a web site at http://www.kailyhart.com/. I think I’ve got my bases covered! 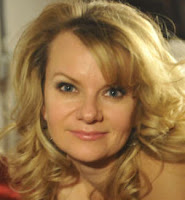 Tell us five random things about yourself.

2 of my kids are identical twins and I’m determined to come up with a unique twist on the twin theme for a book one day!
I like the color pink. So sue me LOL.
I hate to drive. When I’m actually behind the wheel, that is.
I don’t much like TV. All those channels and still nothing to watch!
My husband does all of our cooking and all of the grocery shopping. Yeah, it’s cruel, but I love to crow about that one.

What’s the strangest thing you’ve ever eaten?
I’m probably pretty boring and not very adventuress when it comes to food. I did have alligator once. You guessed it. Tasted like chewy chicken LOL.

Winter or Summer?
Ah, that’s hard. I love both. I’ve always had this fantasy of living somewhere that had four distinct seasons, but I’d have to go for summer. I live south of highway US 10 for a reason!

Favorite pizza topping?
I’m boring when it comes to pizza. It’s not something I really seek out. Mushroom?

CD in your car?
I’ve taken to listening to the radio a lot when I drive, but I just checked. I do have an old Norah Jones one out there.

Desperate and young, Jillian Moore did something she knew would one day come back to bite her in the ass. She’d posed nude. For money. Years later, and on the fast track to a successful career, she’s still haunted by her mistake. She can’t help but wonder when her past will catch up with her.

Samuel Steele is not short on female attention, but the women who warm his bed pale in comparison to the fantasy he’s created of the seductive temptress in the painting hanging prominently in his bedroom. A fantasy that has ruined his once satisfying sex life. When he discovers that her exact likeness works in his building—for him—things get…interesting.
Excerpt:
Oh my God, Samuel Steele was a walking, talking wet dream.
She’d drooled from afar plenty, but up close he was downright gorgeous. Every woman in the place, and even some of the guys, had checked out his tight butt, flat abs and broad shoulders, and although he’d never worn anything but a suit to the office, that didn’t stop imaginations from running riot. His hair was dark and thick, his skin tanned, and regardless of the time of day, his jaw always seemed darkened with at least a day’s beard growth. And his eyes. She’d never been close enough to make out their color before, but they were a dark, piercing gray. They should have looked cold, but the way he was looking at her made her wonder if someone had turned off the air-conditioning.