I'm honored to have Lily Harlem drop in today. She's sharing an excerpt from her newest EC release Hired - which I recommend you buying!

One hundred grand to babysit bad boy Logan “Phoenix” Taylor on a paradise island—seriously, how bad could he be?
Frankly, it didn’t matter. Not when it would make my dreams of going to nursing school possible. I wasn’t even expected to talk to him, just hang out in a luxurious villa on a private beach and study. Simple, right?
But I hadn’t counted on Logan being so deliciously bad that he was oh so good. And when the temperature cranked to boiling point, he knew just how to satisfy the deepest, darkest part of my soul and give my body exactly what it needed. Amongst the sand and waves, we transported each other to an exquisite world of pleasure where only we existed, only we mattered.
But the heady mix of emotions and lust couldn’t keep things from spiraling out of control back in reality, where I had to keep the truth that I’d been hired to entertain him a secret at all costs…even if it shattered my delicate heart. Even if it cost my destiny. 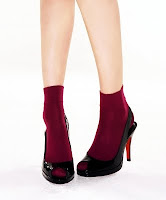 Lily loves to hear from readers so feel free to stop by her website http://www.lilyharlem.weebly.com/yharlem.weebly.com/ and drop her a line. while you’re there check out her free reads and other published works. Also, in honor of the newly released Hired, the first in Lily’s Hot Ice series, there is a yummy selection of hot hockey players to feast your eyes on!